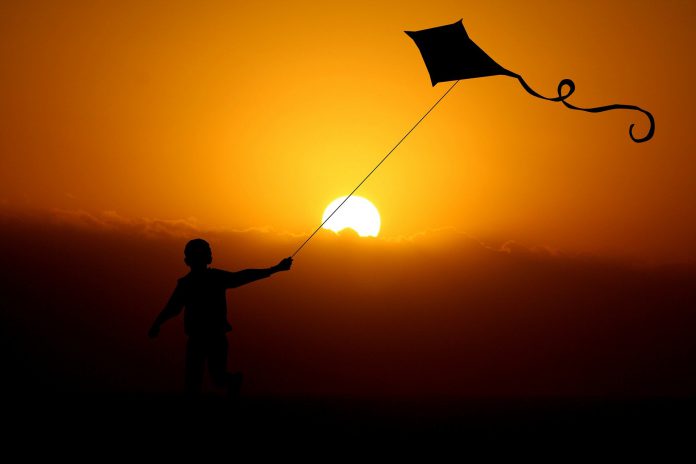 Klarna was briefly Europe’s highest valued FinTech in 2020 and while the FinTech company has helped shape buy now and pay later services, there are many more gaining a lot of traction.

Sweden-based Klarna hit a $10.5bn valuation in September 2020, after it closed a $650m funding round. The valuation helped it become the highest valued FinTech in Europe, overtaking digital bank Revolut and payments platform Checkout.com, which both had valuations of $5.5bn at the time. However, its position at the top was rather short, with Checkout.com overtaking it again in January 2021, after a $450m round put its valuation at a colossal $15bn. Despite being knocked off the top spot, the FinTech company has proved how popular these POS financing options have become.

Credit Karma recently released a report that claims British consumers spent £2.3bn through buy now, pay later schemes to fund their 2020 Christmas. The report also found that 26% of Brits used Klarna, with their average bill totalling £170. This represents around 40% of each person’s individual Christmas expenditure, it said.

This is not just a short-term growth for the space. A recent study from Bank of America claimed that these types of platforms will grow by 10-15 times by 2025, with it processing between $650bn and $1trn.

Interest in these credit platforms has grown substantially, here are seven companies to have received funds in the past few months.

San Francisco-based Affirm began trading on the Nasdaq in January 2021, with its shares jumping by more than 100% in the first day. During that initial day of trading, the company’s stock value shot up from $49 per share to $100 apiece. Affirm offered 24.6 million shares of its Class A common stock.

The FinTech has established itself as a giant in the market, with a $500m Series G in September 2020, which was one of the largest funding rounds raised by a FinTech that year. Being so popular helped fuel rumours it was looking to launch to the public. Reports stated it had been in talks with Goldman Sachs about listing, with a $10bn valuation.

Affirm was founded in 2012 by Max Levchin, who serves as the company’s CEO. Levchin has had a lot of success with companies, having also been a co-founder of Paypal.

Earlier in the year, Affirm also completed the acquisition of fellow point-of-sale lending solution PayBright. The Canadian FinTech will help Affirm extend its reach and scale across Canada and the US.

London-based buy now, pay later platform Zilch has netted $40m in funding over the past few months. The Fintech, which is pegged to be a big rival to Klarna, exited stealth in September 2020 alongside a $10m round. Around the same time as the funding round, the company signed up to be a part of the UK’s Financial Conduct Authority’s fifth regulatory sandbox. Zilch also became the first UK-based buy now, pay later platform to receive a consumer credit authorisation with the Financial Conduct Authority.

The company released a beta in August 2019 and has operated in stealth since. During that time, it has attracted on average 10,000 new customers per month, predominantly among the millennial and Gen Z segments of the market.

Just a few months later, the company scored $30m in an oversubscribed pre-Series B funding round. With the capital Zilch believes it is in the prime spot to scale its operations, with customer registration numbers quadrupling in the past six months. Furthermore, its transaction volume has grown by over 100% month-on-month.

Zilch states that while it offers a similar buy now, pay later product to other companies, but it differentiates itself from the competition by not needing any technical integration with merchants, which the startup argues means that it can instantly provide its offering to users everywhere.

Zilch CEO and founder Philip Belamant said, “We are excited and humbled by the response our product has received by both investors and customers alike. Customers recognise our dedication to focus on their needs.

“This is what sets us apart from other BNPL players in the market today and what continues to drive us in creating a new category – we want and can help people during these difficult times as our systems self-adapt to the socio economic conditions of the day and we feel privileged to be in a position to do so. We are just getting started and have some amazing new features coming soon, all of which track our customers’ way of life, financial constraints and aspirations!”

Tamara closes its seed round

Saudi Arabia-based startup Tamara is looking to capitalise on the rising interest in buy now, pay later services. Earlier in the month, the FinTech scored $6m in its seed round, which will help it to accelerate its growth plans and expand across Saudi Arabia and the UAE.

Impact46, a Certified B Corporation focused on social impact, led the round, with participation also coming from Vision Ventures, Wealth Well, Seedra, Khwarizmi, Hala and Nama along with multiple family offices.

Tamara CEO and co-founder Abdulmajeed Alsukhan said, “We enable merchants to grow their sales and entice their customers with our buy now pay later and instalment services that do not include any fees the customer has to pay.”

Impact46 CEO Abdulaziz Alomran said, “The FinTech market is expected to reach $33bn in transaction value by 2023. We believe that buy now pay later is an untapped area in this huge market, and we are proud to support the Saudi pioneers leading Tamara who will surely play a major role in the transformation and future of financial services in KSA & GCC.”

Singapore-based Pace Enterprise offers its buy now, pay later solution to consumers in Singapore, Malaysia, Thailand and Hong Kong. To help it expand its platform over the coming months, the FinTech closed its Series B on a seven figure sum. The exact size of the seed round was not disclosed, but the capital injection was led by Vertex Ventures and Alpha JWC. In addition to furthering its growth, Pace is hoping to build new solutions for its clients.

FinTech has managed to make a firm position in Singapore over the years. Since 2016, more than $5.6bn has been invested into FinTech companies in the country. This high volume of funding is helped by the welcoming nature given towards FinTech by the government and regulators. A regulatory sandbox is live in the country which is aimed at helping startups quickly test their solutions and build safe solutions as quickly as possible.

While the country has built a strong FinTech sector, marketplace lending platforms are not as popular as other areas of FinTech. RegTech and WealthTech are the most popular segments in the country, each representing 19.1% of the total number of deals between 2016 and 2020. 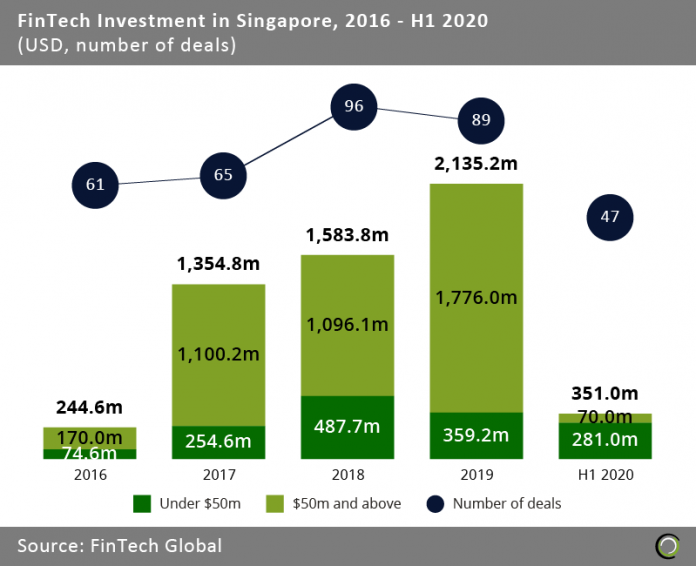 Uplift is a buy now, pay later solution aimed at the travel space. The FinTech kicked off 2021 with the close of a $68m credit line from Atalaya Capital Management. With these funds, the company is looking to offer improved services to its customers.

The company has partnerships with more than 100 travel brands, including Atalaya Capital Management, and lets consumers pay for their trips over periodic instalments. Uplift is confident in the future and is expecting to exceed $1bn in transaction volume over the next 18 months. With the round closed, the company has raised a total of $695m since it was founded in 2014.

Atalaya Capital Management principal James Intermont said, at “Buy now, pay later has become another mainstream way to responsibly pay for a variety of consumer purchases. Uplift has a strong market position with an enterprise solution that works for merchants while making it easier for consumers to purchase leisure travel.”

Koto launched its services in December 2020, after it held the final close of a £1.3m funding round. The company’s initial goal is to reach 50,000 users in the UK. With the fresh equity, the company is enhancing its AI-powered credit risk systems, expanding its operational capacity, deepening its marketing efforts and hiring more staff.

The credit platform aims to help the 12 million people in the UK that are excluded by mainstream lenders. Its mobile app offers two types of credit to users. The first is a traditional credit card, which allows users to borrow a set amount. Its second offering is a buy now, pay later scheme, which lets users buy something and decide how much and how frequently they make payments.

The Australian FinTech is exploring a potential IPO later this year, but before going ahead with the launch, it secured a $21m pre-IPO investment late last year. The capital was reportedly supplied by unnamed high-net worth institutional investors. Limepay is still considering whether it will go ahead with the IPO and is assessing the opportunities to find the best route to take.

LimePay, which enables merchants to offer customers the ability to spread the payments for an item over a number of monthly instalments, is also looking to raise another batch of funding in 2021.

Australia’s FinTech sector had a mixed bag in 2020. While the total number of deals dropped down from 88 in 2019 to just 63 in 2020, the amount of capital invested went up from $1.1bn to $1.5bn. This marks the fourth consecutive year of growth for total capital invested into the country, having grown at a CAGR of 63.7% since 2016. 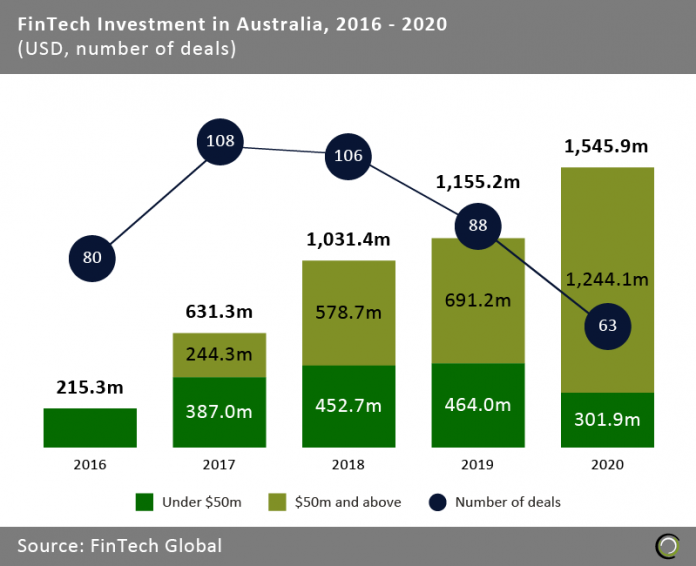 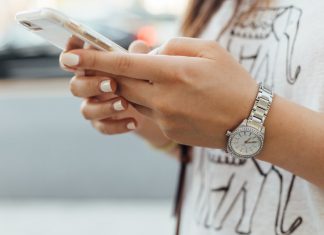 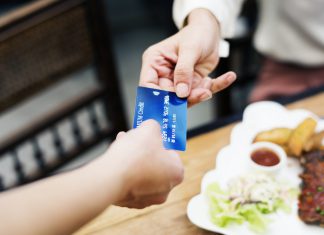