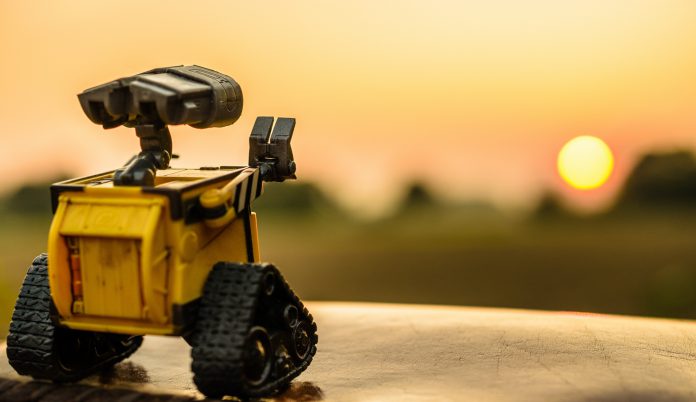 The financial services industry is undergoing a paradigm shift. For financial institutions to stay relevant and keep pace with FinTechs, they must do “whatever it takes” to beat the tech startups, including acquiring them, Aquaa Partners CEO says.

The line between FinTechs and traditional financial companies has never been less clear. While established financial institutions lead the way, FinTechs have cemented their place in the ecosystem and helped change the tides of banking. The new benchmark in economic and digital performance and customer engagement across channels are inexorably led by FinTechs and challenger banks.

While lines are blurring, FIs need to do more to embrace the changes from FinTechs. A report by the World Economic Forum found that just 28% of the more than 30,000 millennials surveyed trust their banks to be fair and honest. As a result, it’s easy to see how traditional banks are hardly the first port of call when customers are looking to make a bank account. Neobanks, on the other hand, are transparent and strive to provide real-time notifications, therefore scoring higher than FIs. In fact, of 47,000 banking customers surveyed by Accenture, 17% preferred digital banks in 2019 – a figure which grew to 23% in 2020.

Highlighting the escalating changes driven by customer expectations and increasing digitalisation in the financial sector, M&A advisory firm Aquaa Partners’ CEO Paul Cuatrecasas said, “We’re living in the wild west and we’re going to be for some time. In two or three years banks are just going to become irrelevant. When we pay employees’ salaries every month, we’re not paying them into Barclays HSBC, Lloyds, but we’re paying them into a Revolut, n26 or Monzo. And that’s where the industry is going.” Furthermore, Robinhood, Acorns, MoneyLion, Stash, Betterment and Wealthfront saw massive growth last year, with much smaller operating costs than incumbents, according to a recent JMP report. He attributed this growth to their ability to gain better trust and digital engagement from customers.

Many of the traditional institutions have been around for centuries and have a large brick and mortar retail footprint. However, they have failed to roll out new products quickly because it requires thousands of employees to be trained and new technologies integrated with cumbersome infrastructure. There is an ideal opportunity for traditional financial players to expand their offerings, but they need to start acquiring tech startups to bring in significant innovation, according to Cuatrecasas.

One example of a FinTech that drew attention from a big financial services company is San Francisco-based Plaid, which manages the connections between apps and banks. Visa agreed to acquire Plaid for $5.3bn only to be dropped due to regulatory disapproval. This is, however, proof that behemoths like Visa are increasingly investing in FinTechs. More recently, JP Morgan Chase struck an approximate £600m deal with British digital wealth manager Nutmeg as part of the US bank’s expansion into the UK retail banking and investment market. Despite these M&A efforts, companies like Visa and JP Morgan appear to be industry outliers, not the norm.

Cuatrecasas believes the only way for companies to accelerate growth, fuel business revenue, employ new talent and upgrade tech infrastructure, as well as meeting the new ways of doing business, is through successful M&A deals. Given how it’s becoming increasingly difficult for banks to innovate in-house, they will undoubtedly have to look to acquire startups within the banking, RegTech and KYC-Tech sectors, he said.

They must also look outside of the FinTech industry. “You could find an interesting AI company serving the oil and gas industry or automotive industry, and that same methodology or technology could be applied to the banking industry, but no one’s ever thought about it,” he said. “Whether that target company becomes an acquisition or not doesn’t matter so much; what matters is they can become an exclusive partner for banking or insurance. So there’s a lot of ways to skin the cat.”

Acquire and scale or fall behind and die

Banks have poured millions of dollars into FinTech companies over the past five years, but outright acquisitions are still rare. Cuatrecasas detailed that just a venture capital investment is hardly the end goal. Companies must think long term. While different companies adopt strategies that suit them best, it is better to take the plunge and acquire the businesses that will really make a difference, rather than delay and test out the water first.

He even goes on to say that, “The right tech company, with the right team doing the right things brings all the magic dust that any large financial services would want to have as long as they see it that way.”

Giving the example of PayPal’s $2.2bn deal with iZettle, Cuatrecasas added that PayPal planned the acquisition at the right time. “They looked at that and thought ‘we’re paying $2.2bn, but it’s going to be worth $10bn or $20bn, even $50bn in two or three years.’ And that right there is the difference between the incumbents and startups,” he said. “It’s why at the end of the day, the financial services incumbents have to acquire these startups [or] they’re going to be left behind.”

When making an acquisition, the acquirer can benefit in a slew of ways. For instance, not only can they leverage the company’s technology and software solutions, but they also get the customers, marketing strategies and most importantly – the team, which would have played a strong role in the startup’s upward traction. Cuatrecasas added, “That team of the right company tends to be [comprised of] very capable people who can move fast, they can break things, but in the right way, the way that your customers would want you to break things. That’s the key to this and many corporates miss out on this.” Essentially, it’s the combination of a target company’s intellectual property, the trade secrets, the know-how – which financial giants could capitalise on.

What stops incumbents to sign on the dotted line?

Despite these significant returns, negative perceptions of technology stocks persist among investors. Fuelled in part by the dot-com bubble, tech stocks are often perceived as being high-risk.

To add on, while there has been a steady flow of mergers and acquisitions in the financial industry, such as BBVA and Groupe BPCE making notable acquisitions of challenger banks Simple and Fidor, it’s not nearly enough, according to Cuatrecasas. This might be a function of the fact that financial giants don’t often come by platforms that fit into their existing business models and the ones that promise sure-fire returns are hardly common and easy to find.

Most of the time, large institutions assume they’ve got to shell out a lot of cash to do acquisitions and as a result, hold back from them. However, the targeted company can raise money from VCs or other institutional investors when required. Besides, money might not be what they’re after. The struggle for most startups, he added, includes scaling up and being able to onboard enough customers. “And that’s where the traditional financial institution has all the cards because they have the channel to market and the customers,” he said. “There are ways that the incumbent financial services companies can contribute in-kind instead of cash, such as assets in time, engineers, channel to market, regulatory expertise, lobbying.”

Cuatrecasas advised that the best way for incumbents to partner and eventually acquire tech companies is to simply ask what they need. For instance, apart from a minority stake, how can financial institutions contribute in terms of infrastructure. “The next best thing is to ask the startups, ‘we love your company, so what can we do to help you that would be a win for you and win for us.’ Very often, those deals lead to an acquisition,” he added.

In many instances, if a deal seems smooth with details chalked out, the challenge lies in the acquirer’s growing doubts. Banks need to be willing to take risks and adopt these types of strategies to keep pace with the startup disruptors targeting their customer bases.

In Cuatrecasas’ words, “The biggest obstacle that the incumbent financial institutions face, whether it’s banking, wealth management or insurance, is themselves. You look out on the playing field and you find that you’re staring at the enemy and it’s yourself.” He believes that it’s the mindset and this lack of confidence camouflaged by the excuses of prices being too high. Financial companies might find the best match to acquire but where these things fall down is “the management of the acquirer second-guessing everything.” According to him, there are no excuses and directors must do whatever they have to do to bring the creativity and resourcefulness of tech startups. “It’s not that they don’t know they have to do this. It’s all in the doing of it, it’s all execution. And if the problem is price, then you deal with it,” he added.

While Cuatrecasas accepts that doubts and fears are a part of the process, given M&A deals are a risky business, but “one of the best things that the boards of the incumbents could do would be to encourage their management teams, including the chief executives of these companies, to do whatever it takes to future-proof the company.” He continued that in most deals, there’s always the same reason that can kill any decision and it comes down to fear. He said, “And this is where I would point people back to the Andy Grove’s, the Jeff Bezos’ and Steve Jobs’ of the world who are extremely clear on the ten-year mission of that company and they will do whatever it takes to acquire tech companies to be able to stay in the game.”

Moreover, CEOs and directors must be prepared for the worst situation. “You may have the greatest solution that exists, at least in your territory’s jurisdiction, if not the world, but you have to be operating in paranoia that anything can happen. Whether it is a market crash, your customers cancelling their contracts with you, you losing your top employees in case they get poached by Google, PayPal – anything can happen.” And in that situation, companies will not regret having more streams of revenue if they acquire tech startups.

He concluded, “Acquisitions are like chess or a game of billiards, you want to think two or three or four steps ahead, think of your customers’ customer, and the pressures on your customer.”