In a recent post by Sentinels, the company outlined key differences between the two markets and how they diverge in the area of money laundering.

For example, the EU has introduced several pieces of AML legislation that are then implemented by member states as part of their domestic regulation. In this area, the UK chose to opt out of the sixth AML directive – 6AMLD – and has implemented its own AML controls.

One of the main pieces of EU legislation that governs AML is the Anti-Money Laundering Directive, which the European Parliament issues new versions of periodically in response to changing conditions.

Sentinels remarked, “The EU’s efforts to address money laundering through its series of AML Directives reflects the potential damage that money laundering activity can cause. As such, firms operating in the financial sector should seek to fully comply with the requirements of the Directives in order to protect both their customers and business interests.”

Sentinels also cited the Financial Action Task Force, a key organisation in regarding to fighting crime. While the FATF recommendations against money laundering and terrorist financing are not EU law per se, they do require participating countries – all 37 of them – to take action against financial crime.

Some of the key recommendations of the FATF include financial firms adopting KYC practices, taking a risk-based approach to AML, reporting suspicious transactions and performing additional checks on politically exposed persons.

How does the UK compare? On December 24 2020, the EU and the UK concluded the Trade and Cooperation Agreement which regulates the future UK-EU relationship and sets out how the UK would manage AML going forward.

As of the end of the transition period, the UK is now no longer subject to EU laws linking to AML, including 6AMLD. Instead, AML regulations in the UK are dictated fully by domestic legislation. However, it remains subject to FATF recommendations as a member of the task force.

Key examples of UK-based AML legislation include the Proceeds of Crime Act, which is the UK’s primary AML legislation that define money laundering offences. Under provisions of the Act, financial institutions are obligated to implement AML controls for detecting money laundering activities. These include transaction monitoring, CDD and mechanisms for reporting suspicious activity.

Other key legislations include the Terrorism Acts of 2000 and 2006, which impose counter financing of terrorism requirements on financial institutions. These also include transaction monitoring, CDD and reporting obligations.

Back in 2017, the UK introduced the Money Laundering, Terrorist Financing and Transfer of Funds Regulations. Sentinels detailed these regulations transpose the obligations introduced by the EU’s 5th Anti-Money Laundering Directive and introduce requirements for firms to implement a written AML/CFT risk assessment.

Meanwhile, the UK also introduced the Sanctions and Anti-Money Laundering Act in 2018 following its departure from the EU.

Sentinels said, “Supposedly this meant that the UK could enact more deliberate sanctions on entities and move at greater speed than the supranational organisation. But this required legislation, to that end the UK passed the Sanctions and Anti-Money Laundering Act (SAMLA) in 2018. “

According to the firm, this act of parliament provided the UK government with powers to lift and impose sanctions in line with its international obligations. The UK also has the power to devise new sanctions under its own regime.

“However, despite the new legislation, the UK has failed to outpace the EU’s sanctions on Russia following the escalation of the Ukraine-Russia conflict, which may make observers question the purpose of this particular sanctions regime.” 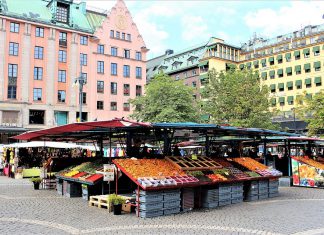 Why AI is vital for transaction monitoring