Keeping up with all the comings and goings of the FinTech space is far from easy, but don’t worry. We’ve got you covered with the deals that sent shock waves across the sector in the last week.

Big rounds have been the flavour of the week. Over the last seven days or so, we have noticed several huge investments happening in the FinTech space. Fundbox, Starling Bank, Pie Insurance, Synack, Marqeta and Vesta have all raised particularly big rounds in the last week. And more might be in the pipeline as UK digital bank OakNorth is also rumoured to be working on a $300m secondary offering for its shares.

It’s also been a big week for Australian FinTech and RegTech firms. The last week saw firms like Kyckr and Funding.com.au raise new rounds as well as Arctic Intelligence signing a deal with African Bank to help the company with its anti-money laundering efforts. Together, these deals hint about the fact that the Australian FinTech and RegTech space has started to come into its own after the Royal Commission highlighted the need for the financial industry to rejuvenate and embrace the digital, cashless economy as well as the importance to reduce the risks of failing to meet their compliance targets.

AMoreover, Jane Hume, the Australian assistant minister for superannuation, financial services and financial technology recently said that FinTech has a big role to play in the new economy that will emerge after the coronavirus pandemic. So watch this space as there will surely be more news along these lines in the weeks and months to come.

Similarly, last week also saw several Latin American ventures raise money. The region is home to such impressive FinTech enterprises as Nubank, the challenger bank with over 20 million users. With Accountfy, ADDI, Belvo and a55 all raising capital over the past week as well as on-demand insurance platform Trov having entered the Brazilian market with a new partnership with Seguros Sura Brazil, it seems as if this trend could continue.

These rounds come after Latin American FinTech space has gone from strength to strength. Companies in the region has raised $5.5bn across 328 transactions since 2015, according FinTech Global’s research. More than half of deal activity has been captured by companies in the marketplace lending, payments and WealthTech subsectors, collectively amounting to 63.1% of transactions in the region since 2015.

A recurring theme through the coronavirus pandemic has been how the crisis can bolster different segments of the FinTech industry. The InsurTech sector has often been put forward as a sector particularly prone to take advantage of the crisis. And with Clara Insurance, By Miles and Riskcovry as well as the previously mentioned Pie Insurance being among the InsurTech companies to have raised capital recently, there seems to be some hard cash backing up that assessment.

Over the past few weeks we have seen several identity authentication startups raise a lot of money. This week was no different with D-ID and PXL Vision both raising money, highlighting the importance of now your customer tools.

With that all in mind, let’s take a closer look at the deals, shall we?

While the amount of capital invested by MUFG was not disclosed, Fundbox stated it has now raised nearly $200m in its Series C round. The FinTech initially secured $176m in its Series C in August 2019.

FinTech unicorn Marqeta has more than doubled its official valuation to $4.3bn on the back of a $150m funding round.

The new round was supported by a single anonymous investor that saw the payment platform provider raise its valuation from the $1.9bn figure it announced on the back of its $260m Series E funding round in 2019 to the new $4.3bn valuation.

Workers compensation InsurTech Pie Insurance has bagged $127m in a new financing and capital funding round, which will support the acquisition of other insurance companies.

This round includes $27m in financing which will be used to support the growth and expansion of Pie Insurance’s offerings. The remaining $100m in equity will be used to aid Pie’s goal of purchasing licensed insurance companies.

Founded in 2017, Pie insurance offers workers’ compensation insurance to small businesses, via its website or its independent insurance agents.

Anti-fraud company Vesta has reportedly secured $125m in a funding round to support its global expansion initiatives. The investment was supplied by private equity firm Goldfinch Partners, according to a report from the FinTech Times.

Having secured the funds, the company will deepen its product suite, as well as expand globally into telecommunications and e-commerce verticals.

With the new money, the bank will further its growth efforts and provide additional support to business customers impacted by the coronavirus pandemic.

The challenger bank has more than 1.4 million current accounts, which includes 155,000 business accounts. Over the past six months it has more than doubled its deposit base and now holds over £2.4bn on deposit.

TIS collectes $20m in funding round

TIS (Treasury Intelligence Solutions), a cloud-based platform for managing payments and cashflows, has secured $20m in its funding round. The capital injection was led by Acquiline Technology Growth, with additional support coming from previous TIS backer 83North.

D-ID, an identity management service, has closed its Series A round on over $13.5m to support growth and marketing boost. The investment, which was initially raised back in April, was led by AXA Venture Partners and also received support from  Pitango Venture Capital, Y-Combinator, AI Alliance, Hyundai Motor Company, OMRON Ventures, Maverick Ventures (U.S.), Mindset Ventures and Redds Capital.

Splash Financial, a student loan refinance marketplace, has collected $12.3m in its Series A round to support growth in the US. The investment was co-led by CMFG Ventures and Northwestern Mutual Future Ventures.

Singapore-based GoBear has filled its coffers with $17m in a new round backed by returning investors Walvis Participaties, a Dutch venture capital firm, and Aegon N.V., a life insurance and asset management provider. The new round brings the grand total injected into the startup to $97m.

Karma, which gives employees early access to their wages, has reportedly bagged £15m from Fortunis Capital. The investment also includes a £500m revolving debt pool, according to a number of reports in the media.

By Miles picks up £15m in new round

Pay-per-mile car insurance platform By Miles has secured £15m in its Series B round which was led by CommerzVentures. Other contributions to the round came from Octopus Ventures, Insurtech Gateway and JamJar Investments.

Colombian lending platform ADDI has reportedly scored $15m in a funding round which was led by Quona Capital. Other contributions to the round came from Foundation Capital, S7 Ventures, Andreessen Horowitz and monashees, according to a report from Contxto.

Stacking’ taps investors for $12.6m Series B round

Cinchy collects $10m in Series A round

Data collaboration company Cinchy has bagged $10m in its Series A financing round which was led by Information Venture Partners. Additional contributions came from BDC, ScaleUp Ventures, Techstars, and Manulife Investment Management.

Belvo bags $10m in new round

Having just bagged $10m from Founder Fund and Kaszek, Belvo is now looking to strengthen its open banking offering for companies in Mexico and Colombia. Launched in May 2019, the company connects customers’ financial information to mobile phone banking apps.

Meniga, a digital banking solution developer, has closed an €8.5m strategic investment to aid its research and development efforts. The capital injection was led by its customers Groupe BPCE, the second-largest banking group in France, Grupo Crédito Agrícola and UniCredit.

Tugboat Logic, a security assurance platform, has closed a funding round on $8m, after witnessing a strong year of growth, it claims.

Beeline has collected $7.6m in a seed round

FinTech company Beeline is designed to help consumers get a home loan from the comfort of their sofa. To meet this goal, it has reportedly raised $7.6m in a new seed round. The FinTech will be using the capital to support its initial launch into Washington, D.C., Florida, Maryland, Massachusetts, Rhode Island, Texas, and Virginia, according to a report from a report from FinSMEs.

Australian RegTech Kyckr to raise $6.75m to fund its growth

Aussie customer identity verification company Kyckr is looking to leverage the tightening of anti-money laundering rules and grow on the back of a new funding round.

The venture is looking to raise AUS$8m ($5.4m) before costs via a new share placement to institutional and sophisticated investors. Moreover, Kyckr will also conduct a share purchase plan for an additional AUS$2m ($1.35m) to allow eligible existing shareholders an opportunity to participate in the raising at the same price as the institutional offer.

Brazilian accountant platform Accountfy has reportedly secured $6.5m in its latest funding round which was led by RedPoint eventures and HDI Seguros.

The platform, which is available in Brazil, Mexico, Uruguay, Chile and Colombia, is looking to use the capital to expand into Europe, according to a report from Coverager.

Clara Insurance, which helps employers give better cover to their employees, has netted $5.5m in its seed round to support its platform launch.

Australia-based Funding.com.au has reportedly secured $5m in funding to help attract more investors to its platform. Funding.com.au operates a P2P lending website which enables individuals to either invest into or raise a mortgage loan. Individuals can make investments from as low as $5,000 on terms ranging from 1 month to 36 months. Target returns are from 6% per annum.

PXL Vision gets its hands on $4.7m of fresh capital

Identity verification company PXL Vision has closed a $4.7m seed round. The round was led by SIX Fintech Ventures, with other commitments coming from ZKB, High-Tech Gründerfonds, Arab Bank and angel investors Beat Schillig and David Studer.

Floating Point Group (FPG), which designs algorithmic systems for cryptocurrency trading, has collected $2m in its seed round.

PolicyStreet secures $1.8m Series A round

Malaysian InsurTech startup PolicyStreet has reportedly raised about $1.8m in a Series A round led by KK Fund.

Inclusivity Solutions adds $1.3m to its Series A

South Africa-based Inclusivity Solutions has secured $1.3m in the second tranche of its Series A round, bringing the total funding to $2.6m. The uMunthu fund, which is managed by Goodwell Investments, led the investment, with additionally contributions coming from UW Ventures and MFS Africa.

InsurTech company Riskcovry collects about $1.2m in new round

Digital Insurance platform Riskcovry has reportedly closed its pre-Series A round on roughly $1.2m.

Xtracap raises $1m in new round

Xtracap, which operates the SME lending platform Bridge2Capital has allegedly secured $1m in a funding round from angel investors.

Spanish cybersecurity startup Ironchip is set to grow internationally after securing €1m in a new round from Inveready and Easo Ventures.

SatoshiPay is set to keep developing its B2B solution after the Stellar Development Foundation made a strategic investment of $550,000 by way of convertible loan notes into the company.

Santander InnoVentures invests in a55

a55 has bagged a round of investment from the Santander Group’s venture capital fund.
a55 provides liquidity solutions to recurring revenue companies in Brazil and Mexico. In other words, the Latin American company is an income-secured alternative SME lender.  Essentially, a55 underwrites SMEs through a technology platform connecting bank accounts, escrow solutions, billing, payment means and credit intelligence. 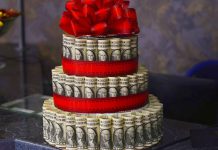 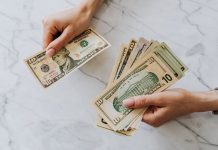 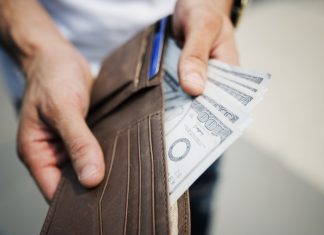 Meniga pulls in 3rd investment this year, bagging another €3m