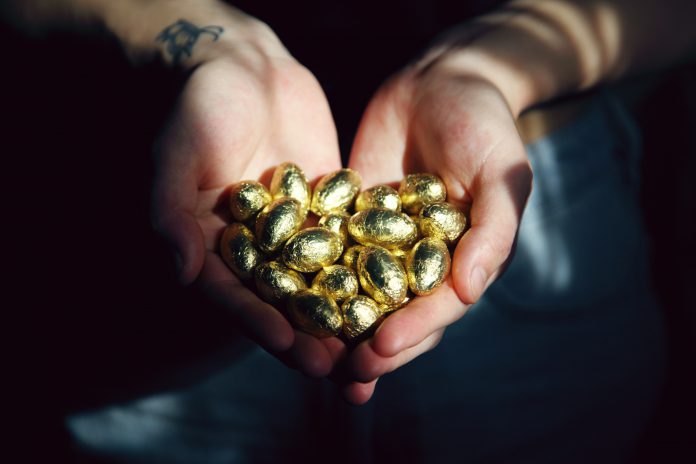 After the Easter long weekend, our weekly roundup of the big FinTech trends from the past seven days is all you need to keep yourself updated on what’s happening in the industry.

While we reported on a smattering of investment rounds last week, spanning everything from online banking to cybersecurity, two segments of the industry stood out.

Payment and InsurTech firms were the frontrunners among the 22 rounds we reported on. With the Covid-19 pandemic causing chaos for over a year, it continues to demonstrate that cash is no longer king.

With the ubiquity of digital payments, startups in the sector are continually mushrooming across the world. Now, India and Houston-headquartered SaaS HighRadius proved that there’s indeed ample opportunity for PayTech players to cash in on. It bagged $300m, making it the biggest round in the FinTech scene we reported on last week.

Given that investment in the subsector hit $24.4bn across 1,218 transactions, with funding increasing at a CAGR of 25.0% between 2015 and 2019, it’s easy to see how infrastructure and enterprise software startups will grow exponentially in the next few years.

Over to the InsurTech sector, Next Insurance’s $250m round proved to be the second-biggest funding round we reported on last week.

But it wasn’t the only InsurTech venture to raise capital last week. Trava, Curacel and SnapSheet were other companies in the sector who banked cash injections last week, proving that the Covid-19 crisis triggered tremendous market growth for the InsurTech sector.

The deals from the past seven days indicate the impressive growth of the market in the past 12 months. Global InsurTech investment recorded its highest funding ever despite the coronavirus-caused economic uncertainty as companies raised $6.2bn in 2020, a growth of 3.16% year-on-year compared to 2019.

This week also highlighted that huge things will continue to happen in the cybersecurity space. Another notable big round was raised by infrastructure security firm Wiz whose $130m round put it firmly in the unicorn territory.

The trend of an upward graph in terms of investment in the sector meant OPSWAT and Living Security too added additional capital to their coffers. This comes as no surprise after RegTech Analyst reported that cybersecurity companies collected 53.4% of all the money being injected into the sector in the first quarter of 2020.

With the big trends taken care of, let’s dig into the big rounds from the past week.

HighRadius adds $300m to its coffers

The new capital which gives HighRadius a total of $475m in known funding, will go toward product development and its global go-to-market strategy. Founded by Sashi Narahari, HighRadius automates payments and receivables. It describes itself as a SaaS provider for integrated receivables, such as credit, cash application, EIPP, collections, deductions and payments.

The Palo Alto-based InsurTech raised $250m six months after a previous $250m round last September. The latest round which has doubled its valuation to $4bn was led by FinTLV Ventures and Battery Ventures. With the latest round, the insurance firm has now raised a total of $881m in funding.

Next Insurance’s platform uses artificial intelligence and machine learning to simplify the business insurance purchasing process which drives down costs by as much as 30% compared to traditional insurers. It has a growing customer base of more than 200,000 clients, it claimed.

Wiz gets its horn after $130m round

The Israel-based cloud infrastructure security company raised $130m in Series B funding, bringing its valuation to $1.7bn. The round was led by Advent Venture Partners, with participation from Cyberstarts, Index Ventures, Insight Partners and Sequoia Capital.

The company intends to use the funds to expand operations and its business reach since its emergence from stealth three months ago.

OPSWAT snags $125m in its first external funding round

Critical infrastructure protection vendor OPSWAT closed a $125m round led by Brighton Park Capital with the aim to develop its anti-malware tools. The capital will support its R&D and hiring efforts as it looks to acquire new customers.

The San Francisco-based firm, which was founded in 2002, protects critical infrastructure by attempting to eliminate malware and zero-day attacks. Its products focus on threat prevention and process creation for secure data transfer and safe device access.

Pilot provides back-office services for startups and small companies in the US so entrepreneurs can focus on scaling the business. With partnerships with companies including American Express, Bill.com, Gusto, and Stripe, Pilot creates its revenue from subscription fees.

Blockchain analytics firm Chainalysis secured $100m in Series D funding, tipping the company’s valuation above $2bn. Crypto investment company Paradigm led the new round of funding along with participation from Addition and Ribbit Capital and Marc Benioff, who invested by way of his firm TIME Ventures.

With this round, the firm has raised a total of $266.6m across eight funding rounds since its inception in 2014. Chainalysis provides data analytics services for blockchain networks, offering tools to both corporations as well as various agencies across the US.

PPRO upped its latest funding round to $270m

London-based payments infrastructure provider PPRO topped up its latest $180m funding round with an additional $90m investment from JPMorgan Chase and Eldridge.

The funds will be used to solidify and grow its local and alternative payment capabilities.

PPRO’s infrastructure, technology and other services are used by payment firms worldwide to facilitate payments and help providers offer the best conversion rates to international customers. The escalation of online shopping fueled by the COVID-19 pandemic around the globe drove PPRO’s growth as it doubled the value of transactions and scaled its international workforce by 60% last year, it claimed.

It plans to use the proceeds to refinance some of its debts, which could be related to its plans to go public as well as for growth capital. The company’s platform which helps lenders provide loans to people who wouldn’t normally qualify for a loan, claims to have helped issue over 1.5 million loans.

Chicago-based cloud-native claims management software provider, Snapsheet raised $30m in Series E2 financing. The round, which brought the total raised to date to more than $100m, was led by Ping An Global Voyager Fund and Pivot Investment Partners with participation from a slew of other investors.

The company which provides fast claims processes and experiences for insurance carriers, third-party administrators, insureds and vendors, intends to use the new funds to make key hires across engineering and sales teams, accelerate growth and add new functionality to its platform.

FinTech firm focused on sustainable investing, Ethic raised $29m in a Series B round led by Oak HC/FT, with participation from a slew of existing investors.

Boasting of having more than $760m in assets, the firm plans to use the funds to support its continued rapid growth, in addition to further investment in the company’s technology platform.

India-based offline-to-online commerce platform DotPe raised $27.5m funding from Google through its $10bn India Digitisation Fund in a Series A round.

The company plans to use the latest funding to accelerate product development, market expansion and scaling technology to meet the growing demand. With this round, the startup has raised $35m to date. Its platform enables merchants to sell online by creating a digital storefront and accepting orders through messaging app WhatsApp.

The company intends to use the funds to accelerate the rollout of its open-banking based BNPL shopping app. Its platform provides a way to book travel, with full payment not due until after the trip and has added retail stores in the app including Amazon, Argos, BooHoo, ASOS, H&M, Zara, Hugo Boss, Sports Direct, AirBnB, Currys PC World, Ao.com, IKEA and more.

Deferit, which lets customers split utility, telco, car registration or childcare bills into four instalment repayments raised $15m in a new round from investors including Alceon and Carthona Capital.

The funds raised will be used to develop partnerships that would extend into major utility providers or insurers who may be convinced to offer the product to customers to support their budgeting. The product could also challenge the major banks’ BPay service which facilitates bill paying via direct debit, it said. The company claims more than $100m of bills has been paid using the service.

Founded in 2017, the company provides cybersecurity awareness training, helping to teach employees to be aware and alert to possible attacks. The company’s platform also uses behavioural data and analytics to measure and manage human risk.

Gro acquired $7.1m via a seed round led by Galaxy Digital and Framework Ventures with the ai to make DeFi more accessible.

With this seed round, the firm will accelerate onboarding of talent into DeFi and grow its suite of products. The firm’s platform allows individuals to access digitised pounds and dollars in order to profit from nascent financial services, without having to bet on bitcoin’s price.

The PayTech firm, founded in 2016 by CEO James Yi, raised $5.5m in a Series A round led by Artemis Growth Partners. Hyde Park Angels also participated in the round. The new funding brings Leaf Trade’s total funding to $10m.

Rupifi reels in $4.1m in pre-Series A round

Rupifi, which operates a buy-now-pay-flexibly platform for micro, small and medium enterprises, raised $4.1m in a pre-Series A round.

The round was led by Quona Capital with other participants including Ankur Capital and Flipkart co-founder Binny Bansal. The pre-Series A round comes a year after the startup raised an undisclosed sum as part of a pre-seed round. The company will use the capital it has raised to expand its product offerings as well as increase partnerships and scale up the team.

Trava closed a $3.5m seed round led by TDF Ventures and included participation from High Alpha Capital and M25.

Trava which is run by co-Founder and CEO Jim Goldman, former VP of security governance, risk management, and compliance at Salesforce, plans to use the new funding to invest in data science and machine learning expertise to fuel the development of its insurance analytics platform.

The company intends to use the funds to reach 10,000 customers this year, introduce a host of new business management features over the coming months to further simplify operations for the self-employed, activate a series of digital and offline marketing campaigns and bolster the team with new hires.

The AI-powered platform for claims processing and fraud management in Africa secured $450,000 in pre-seed funding led by Atlantica Ventures and Consonance with participation from Kepple Ventures and other African angel investors. The funding will accelerate product development and expansion across the continent.

December 2, 2022
InsurTech unicorn bolttech has partnered with Max Solutions Service, a subsidiary of PTG, to offer insurance on the card’s Max Me application.
© Fintech Global © Copyright 2021. All rights reserved.