The Financial Conduct Authority (FCA) has slapped Julius Baer International, an investment advisory and wealth manager, with an £18m penalty.

According to the FCA, the fine is due to Julius Baer failing to conduct its business with integrity, failing to take reasonable care to organise and control its affairs and failing to be open and cooperative with the FCA.

The Authority concluded that JBI facilitated finder’s arrangements between BJB and an employee of a number of Yukos Group firms, Dimitri Merinson.

Uncommercial FX transactions were made in which the Yukos Group companies were charged far higher than standard rates, with the profits being shared between Mr Merinson and Julius Baer.

Mr Merinson received commission payments totalling approximately $3m as a result of these arrangements. These fees were improper and together with the uncommercial FX transactions showed a lack of integrity in the way in which JBI was undertaking this business.

JBI also failed to have adequate policies and procedures in place to identify and manage the risks arising from the relationships between JBI and finders (external third parties that introduced potential clients to Julius Baer in return for commission). This included having no policies which defined the rules surrounding the use of finders within JBI until after June 2010. Policies introduced after that date were inadequate.

Finally, JBI became aware of the nature of these transactions – including the commission payments to Mr Merinson – in 2012 and suspected that a potential fraud had been committed. However, it did not report these matters to the FCA immediately as required or at all until July 2014.

FCA executive director of enforcement and market oversight Mark Steward said, “There were obvious signs that the relationships here were corrupt, which senior individuals saw and ignored. These weaknesses create the circumstances in which financial crime of the most serious kind can flourish. The FCA’s decisions on the individuals whom the FCA alleges were involved in these failures will now be reviewed in the Upper Tribunal.”

The FCA recently set out new proposals to improve people’s access to financial advice so they can ‘invest with confidence’. 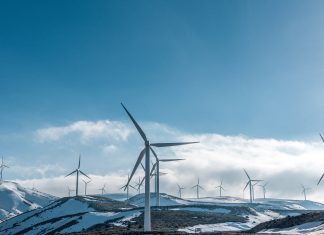